The best chai donuts you will get your hands on! These oven-baked chai spiced donuts are perfect for autumn baking. They are also gluten-free and as wholesome as a dessert can get! 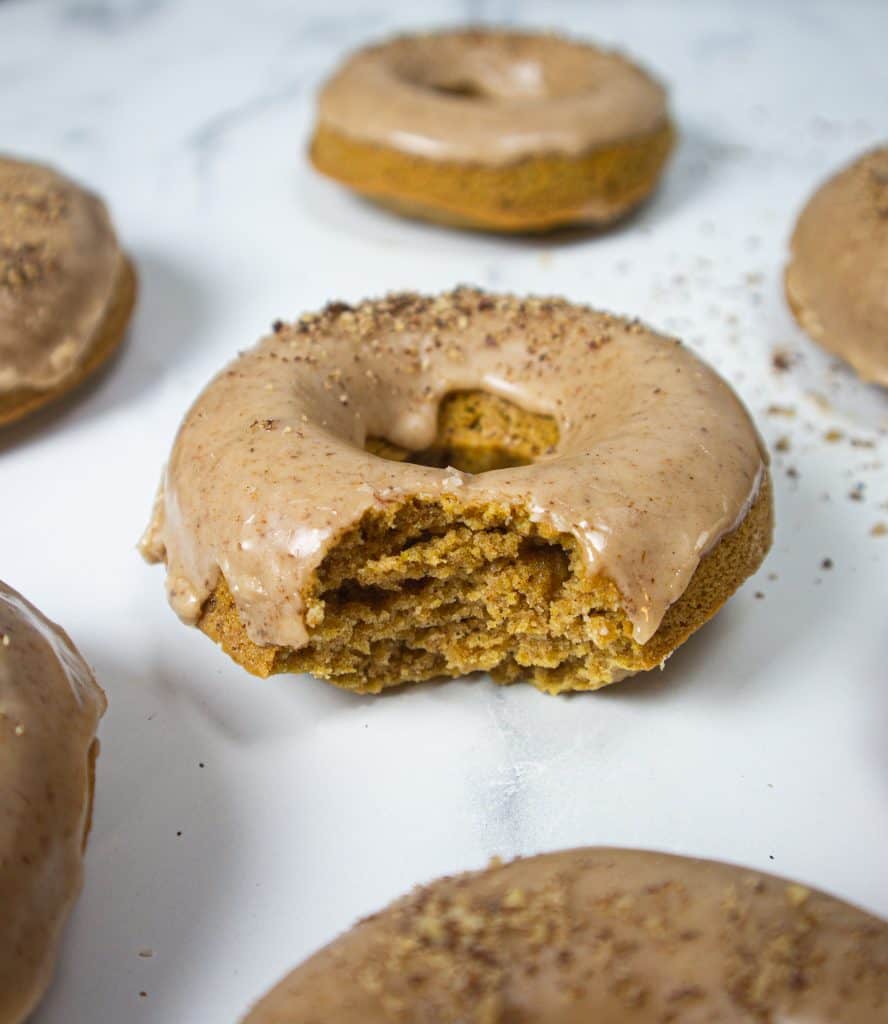 If fall season could be baked into a soft and fluffy baked good, this would be it! I had one of these last Saturday while curled up in a blanket, sipping a fresh cup of coffee while also bird watching from my window and I never wanted it to end.
These chai donuts are great to bake for family gatherings, holiday dinner desserts, fall birthdays, thank-you gifts or just because you feel like it. Honestly… sometimes you really just need a freshly baked donut in your life so do yourself a favor and save this recipe before you forget! 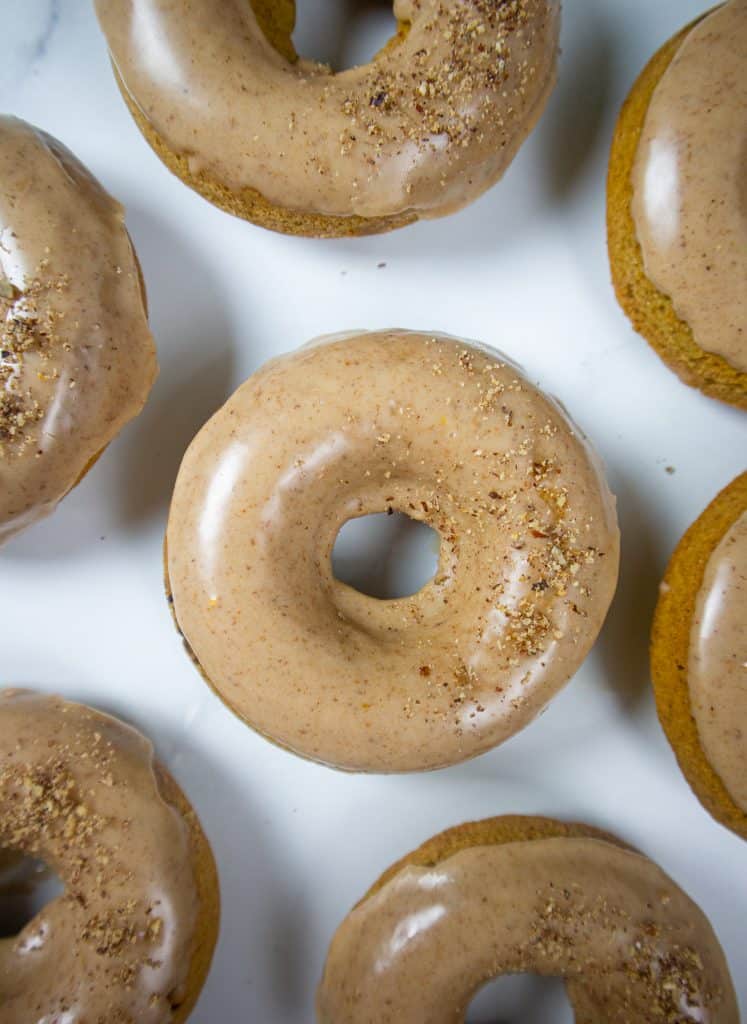 I have used almond flour instead of oat flour but it did not turn out as fluffy. It was still pretty good but if you want a soft and fluffy donut I highly recommend oat flour.
How to make oat flour? My favorite gluten-free brand of oats is Bakery on Main. You can use rolled oats or quick oats for thie recipe. Add your oats to a blender and blend! Yes, it is that easy. I always blend my oats ahead of time and store the oat flour in a jar.
Instead of brown sugar you may use cane sugar or coconut sugar. I have not yet tried sugar substitutes such as splenda and stevia.
I used pumpkin spice seasoning because it already has most of the spices I need in one. If you don’t have pumpkin spice seasoning you can use 2 tsp cinnamon, 1 tsp ground ginger, ½ tsp nutmeg, ½ tsp ground allspice, ¼ tsp ground cloves, 1 tsp ground cardamom.
Instead of almond milk you can also use soy, oat, flax or cashew milk.
Don’t have coconut oil? No worries! Vegetable, olive and avocado oil work well too! 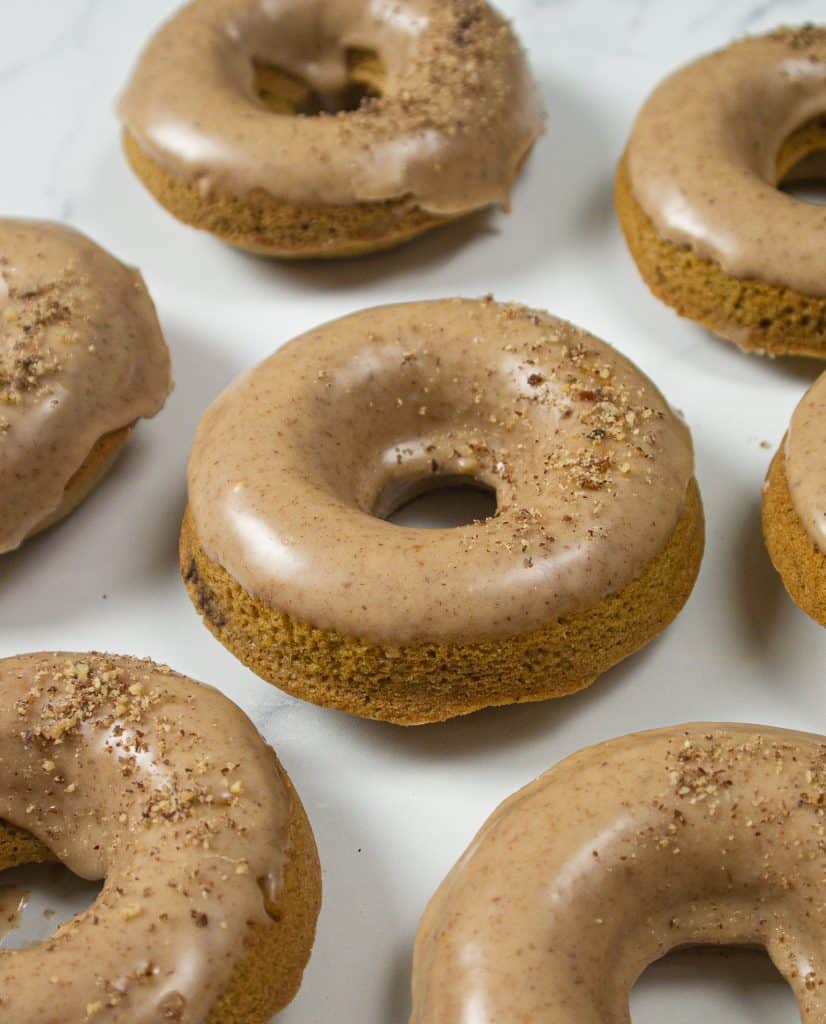 These baked vegan chai donuts will blow your mind. Made with wholesome ingredients like oat flour, gluten-free flour, chai spices, and almond milk. These donuts are the perfect fall dessert.